The Mysterious Origins of the Tooth Fairy Legend 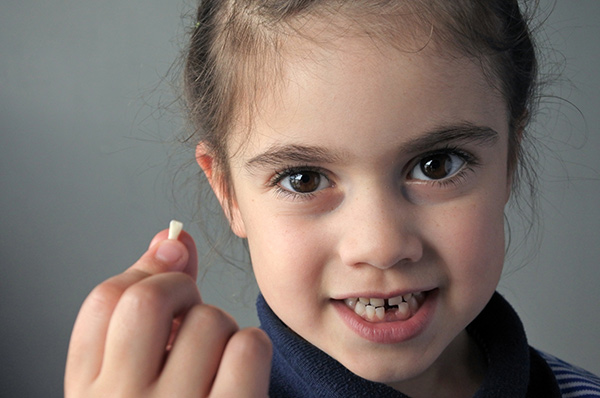 From Santa Claus to the Easter Bunny, there are a handful of stories and figures that spark imagination and wonder in our children. One such character is the enigmatic Toothy Fairy – the mythical creature that exchanges payment for teeth; of course, only if they’re placed safely underneath a pillow. However, the origin of the Tooth Fairy legend still has a lot of unanswered questions. Where did the Tooth Fairy come from and why? We’re no strangers to investigating dental health myths, so here are some interesting traditions that most likely are the origin of this childhood favorite.

Origin of the Tooth Fairy

The exact origin of the Tooth Fairy legend is hard to understand, though many believe that this childhood myth runs back to the early 1900s. That said, the traditions that celebrate or focus on tooth loss go back centuries earlier. It’s likely that these older customs were the inspiration for the fairy we all know and love.

In Europe, children were often rewarded when they lost their sixth tooth, as a reward for and sign of growing up. However, over time, many parents began to include smaller gifts with each tooth that was lost. Though the transition is foggy, this certainly lead to the modern practice of exchanging the tooth for money.

So, how did the practice of hiding the tooth under your pillow begin?

One belief in Europe was that burying a deciduous tooth in the garden would symbolize and encourage new growth for a child’s permanent teeth. This story has many different variations, but the motivation behind it is always to help children grow healthy adult teeth. However, as industrialized society gathered into cities with paved roads in every direction, the available locations to “plant” the teeth grew smaller. This lead to parents having their children bury their teeth in easier places indoors, eventually leading to its modern home: under their pillows.

As soon as your child’s first tooth erupts, you should be on the lookout for cavities. It’s never too early to start care for your child’s visible teeth! While there’s no evidence that “planting” teeth will protect them, we do have some tips for keeping your baby’s teeth healthy.

Could the Tooth Fairy Be a Mouse?

In tracing the origin of the Tooth Fairy legend, many fingers point to France’s character, The Little Mouse, and the Spanish myth of Perez the Mouse. Both mice fulfill identical roles to the modern American Tooth Fairy – sneaking into the room of sleeping children to exchange money for teeth. While Perez’s origin dates to the late 1800s, the French origin of The Little Mouse goes back well into the 17th century.

While most people who think about the Tooth Fairy tend to imagine a fairy like Tinkerbell, there’s no real consensus of evidence to say. Unlike Santa, there’s very little information on the Tooth Fairy’s appearance and there is wide variety of depictions created by children and adults nationwide.

The Tooth Fairy Legend Can Help with Dental Health

While losing baby teeth is a normal part of growing up, the stress of this new situation can make many children fearful of the experience. It can be difficult to explain to a child, especially if their loose teeth are causing them pain, that everything will be okay. That’s where the Tooth Fairy legend comes in.

Choosing to embrace the Tooth Fairy legend is up to you. If you do, it can help make your child more comfortable with the experience of losing their teeth due to the rewards and excitement of the story. While not every parent chooses to introduce their child to this legend, some find it helpful during a potentially stressful time in their child’s life.

Some parents even go a step further and use the Tooth Fairy as a way to teach early brushing habits. By telling their children that the Tooth Fairy offers better rewards for cleaner teeth, it can help promote daily brushing in even young children. Preventing mild forms of gum disease can nip dental health problems in the bud. It also reduces the chance that they will experience pain during brushing, which can further discourage daily brushing!

Other Tooth Legends Around the World

The Tooth Fairy isn’t the only tradition when it comes to teeth. Around the world, different cultures have their own takes on what to do with their teeth, usually when they fall out:

South Africa – Like America, France and Spain, South African children enjoy trading their teeth for money, too. The big difference is where they hide it: in their slippers.

Korea, China and Japan – The tradition in this part of the world often involves children throwing their lower teeth on the roof, and placing their upper teeth on the floor. The goal is to have their replacement teeth grow “towards” the old tooth.

Finland – This one’s a bit different. Hammaspeikko, or “tooth trolls,” are mythical monsters that drill holes in teeth to cause cavities. Eating candy lures them over, but brushing your teeth scares them away.

Teach Your Child the Facts About Dental Health!

Pointe Dental Group can provide you or your child with a complete examination, answer your questions, and discuss your treatment options. Schedule an appointment with us today! New patients can receive FREE comprehensive exam and consultation, plus a full panoramic x-ray with a paid cleaning procedure (a $200 value)!